Recommendations for the first battle

At the beginning of the session, it is advisable to focus on slaying monsters in camps. Try to destroy as many monster camps as possible on this stage – this will help you to quickly increase your Hero's level. When destroying a camp make sure to kill the numerous small monsters first by using the first Q skill. 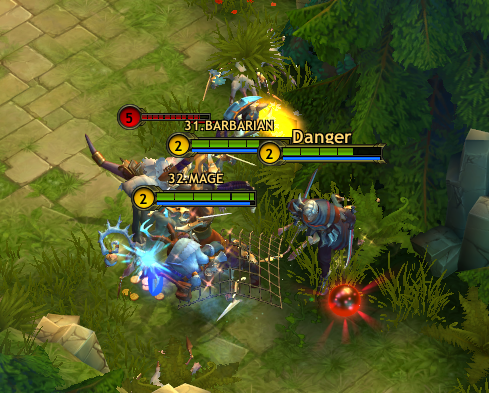 You may meet monsters with white magical aura in some camps. Upon dying these monsters deal extensive damage affecting a certain area around them. Try to stay away from them in such moments.

Every now and then, you will see chests in monster camps. They are marked by special signs on the minimap. The last big monster in a camp drops a chest upon death. In order to open it, right click it. It takes some time for the chest to open. If you are attacked during this time, you will not be able to claim the chest.

Starting from hero's level 5, you can easily engage into battles against other players which will score you even more experience. Try to stick to your team - it is faster and easier to kill monsters and players from other teams in this way than doing it alone. At some point the Golden Frog appears, which is marked by a «Golden Chest» on the minimap. Upon killing the Golden Frog, you can get its chest.

Upon dying, a Hero receives a resurrection penalty (3-36 seconds) that increases along with the Hero's level. Hiding in bushes makes a Hero invisible. However, the Hero reveals itself once it starts attacking or using its skills. 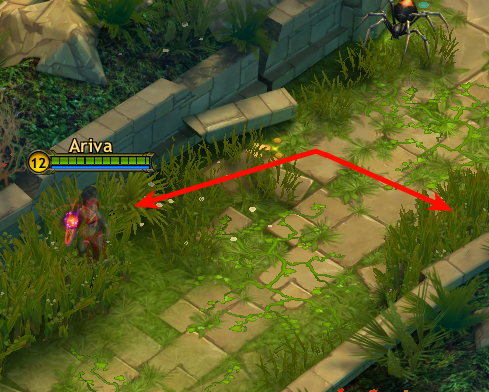 For players' maximum convenience, we have designed the following interface elements:

1. Switch to the full screen mode to fully immerse yourself into the game.

2. The green scale above your Hero shows how much health it has left, the blue one shows its mana, and the number to their left shows the Hero's level.

3. You can fix the camera on your Hero by clicking Camera or unfix it by clicking the same button again. 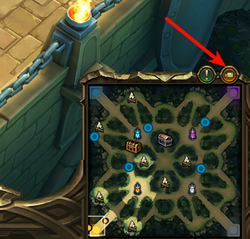 4. You can see the in-game progress of each team on the upper bar.

5. Press Tab to see your activity report – the numbers show the statistics of your kills, deaths, and assists. 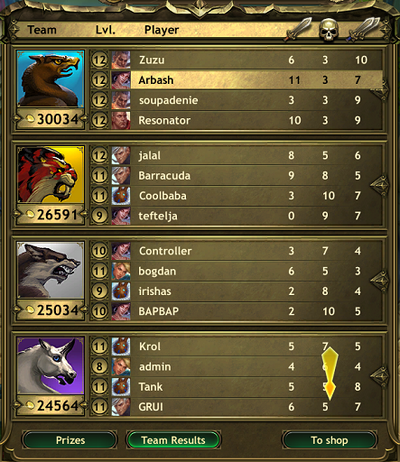 6. The big spot on the minimap stands for your Hero, smaller spots of the same color indicate your teammates. 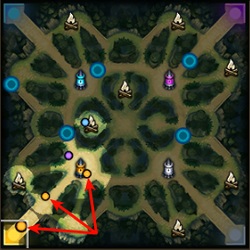 Monsters you kill may drop runes, spheres, and artifacts, which you can pick up by right clicking on them during a game session.

Spheres are visible to all players and give bonuses to the player who picks them up. There are 3 types of runes and 2 types of spheres. Each of them deals with a certain parameter. 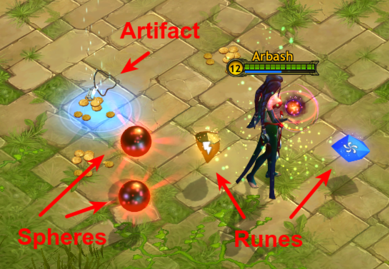 1. Teleportation to Base. If you need to go back to your base (for instance, to fully regenerate your health and mana) during the game, press the B key or click the corresponding button on the left side of the Hero's panel. In this way, you can teleport to Base from any spot on the map, provided you are not attacked during teleportation.

2. Using Teleporters Teleporters are randomly allocated on the map. They look like stone bases with rune inscriptions. Gates of teleporters are depicted as bright blue circles on the minimap.

To teleport yourself, you need to find such gates, step on them, and then choose a place on the map you want to go to, and right click on the teleporter nearest to that place. Watch out and be prepared, for there may be enemy Heroes in the place you teleport your hero to.

If there are not enough players on-line, you may enter a game with bots. To control bots, press and hold Ctrl and left click a spot on the map you want your bot to go to or a target for it to attack. Your bots will do as ordered if nothing is in their way and if the goal can be achieved.

You can ping your bots the following targets:

If you do not ping targets to your bots, they will play by themselves, quite well.