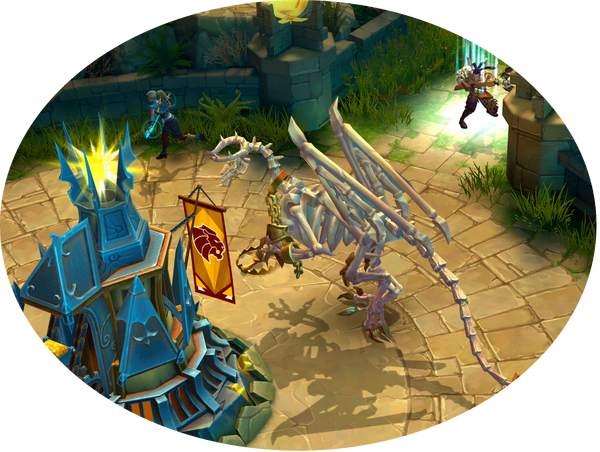 There are two types of arenas where players encounter the challenge of collecting a set amount of gold or treasure chests before the enemy team does. Although the task seems to be pretty easy, but when stepping onto the arena, your hero will face many monsters and foes on it's way. You can select the arena you'd like to play in, by clicking the button Select map in the upper area of the screen.

By winning game sessions in the arena of any type, you can obtain Black Gems:

Victory conditions - one of the teams has collected 30 000 gold or captured all 4 towers.

Do you believe in legends and stories, myths about great sovereigns and their glorious victories? One of such legends tells about a land where constant confrontation goes on. Many a song has been created about great victories, and many a tear has been shed for defeats.

Immortal gods watch attentively how battles go on on the Garden arena. They reward great warriors and punish cowards and traitors! Only the most reckless daredevils are not afraid of the challenge when life is at stake! Sticky fog would often descend upon the arena as if trying to cover the field where another bloodshed had just ended with a thin mist. How many deaths has this land seen? How many times rain has wailed for dead? How many lost souls of killed heroes has the fog buried, both humans and monsters? If you think you can escape the same fate - welcome to the Garden of Heroes, and let the strongest one win!

There are a few ways to earn gold: 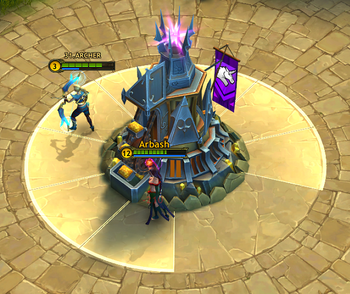 You can get about 500 for each killed enemy. The amount of the reward depends on the difference between Hero's levels and the session statistics. 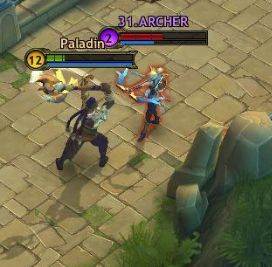 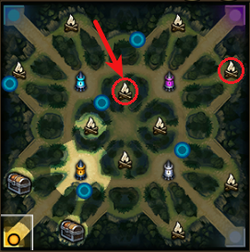 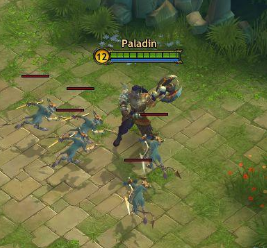 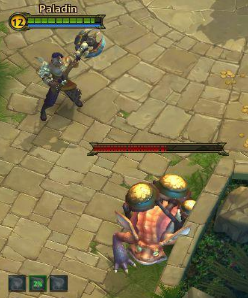 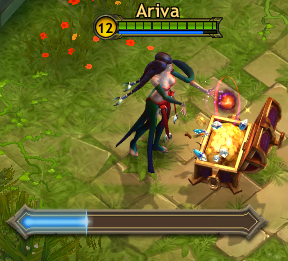 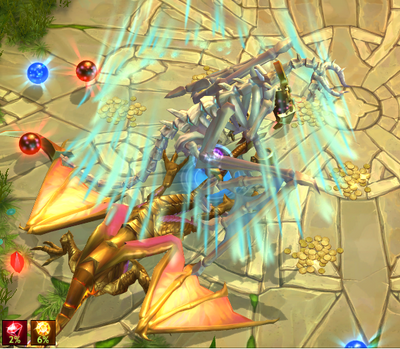 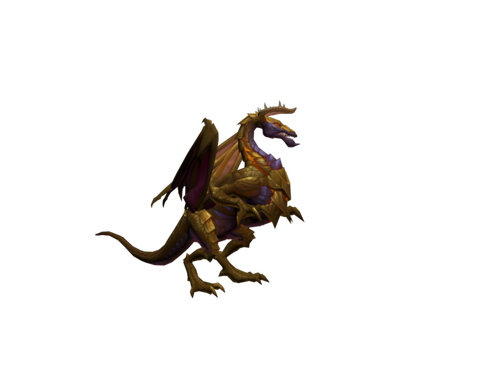 Victory conditions - one of the teams has collected 12 chests around its Tower. The world of dungeons in the Golden Lands is a scary one. Darkness, horror, and death reign here. Here all living creatures learn only one thing after they are born - killing. They spend all their lives improving this cruel art to cut an enemy's throat in one quick leap and drink his hot blood. There's no place for mercy and compassion here. The weak do not survive. Neither do fools. They all perish in the first minutes or often even seconds of their lives... Those who were brave enough to enter this arena learn how to be invisible. They learn how to be dodgy. They learn how to become even quicker and stronger. Those who achieved perfection in their art can dare visit the Dragon's Lair..

There are severals ways of how to collect chests: 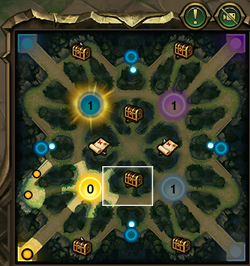 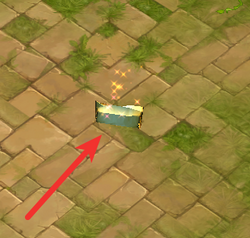 3. Chests from under enemy Towers: 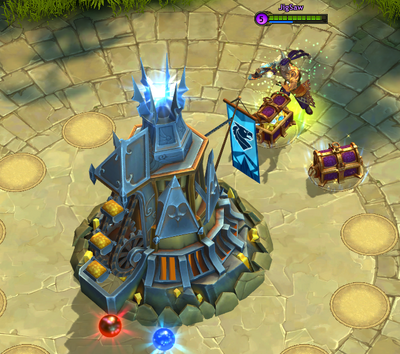